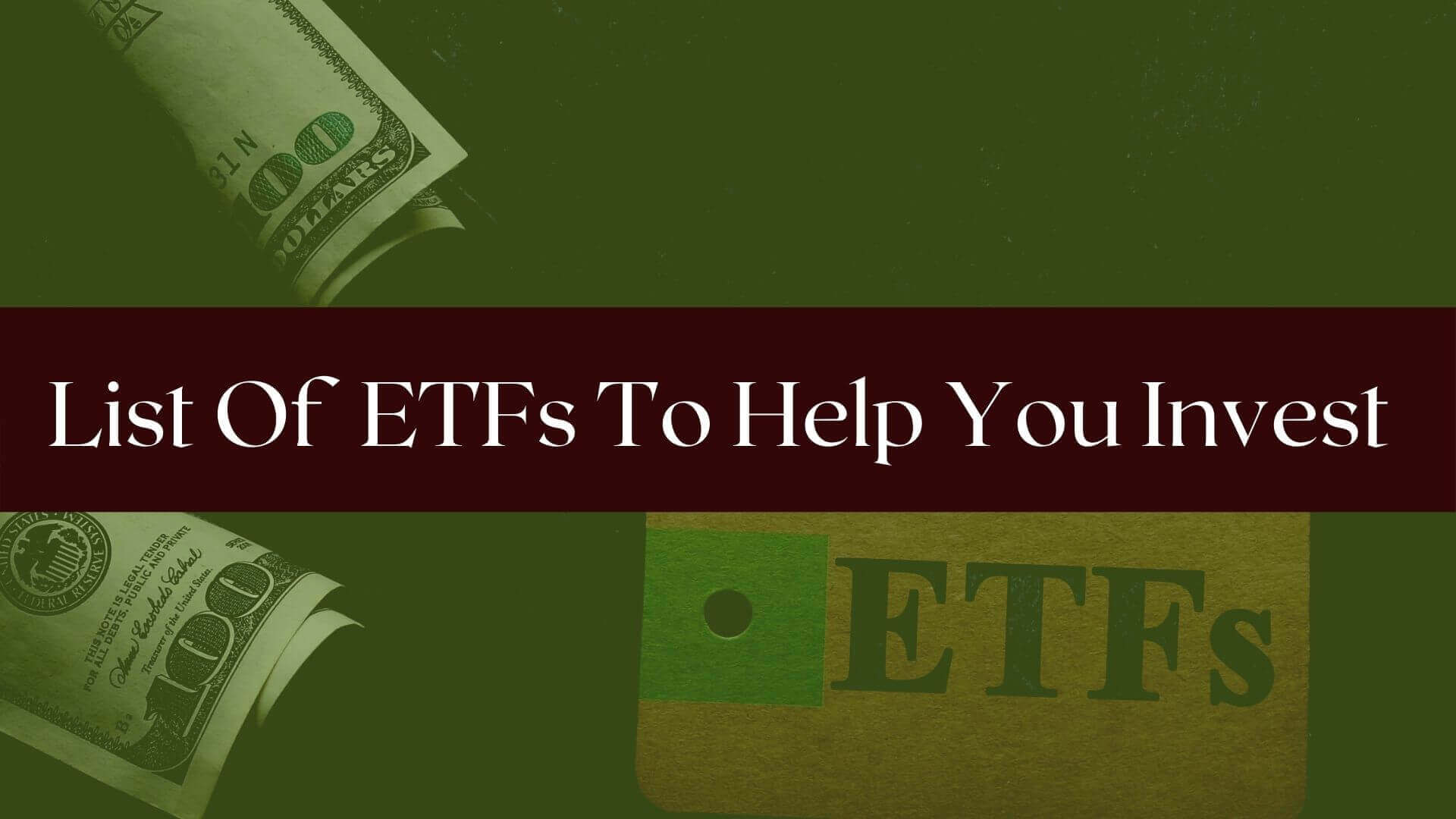 4 Remarkable ETFs List To Invest In The Biden Infrastructure Plan

After unveiling a massive infrastructure plan by President Joe Biden, many paths have already opened for traders and investors. The President introduced this plan by calling it ‘a once-in-a-generation investment in America.’

Moreover, for this plan, some stocks and exchange-traded funds will get benefits. Though some funds are perfectly good for immediate play, and some are in the long run.

Here, we will showcase the name and reasons of some funds which are the great place for investors to put money. It is also necessary to note that the article will not suggest you invest only in these funds.

Please, do not consider it as financial advice. Moreover, the article will only reveal the opportunity and paths that one can follow, but only depending on the right time.

Here is the 4 remarkable ETFs list to help you invest in the Biden infrastructure plan.

In the infrastructure plan, Joe Biden mentioned the plan to eliminate lead pipes and service lines. In his speech, he stated that,

Look, today up to 10 million homes in America and over 400,000 schools and childcare centers have pipes, where they get their water from, lead-based pipes. Including pipes for drinking water. According to scientists, there is simply no safe exposure to lead for a child.

Todd Rosenbluth, CFRA’s head of mutual fund and ETF research, spoke with MarketWatch regarding the plan. Rosenbluth said, “This is an investment theme that I thought was under the radar, but I’m pleasantly surprised to see that this ETF has a billion and a half in it.”

The ETF that we are mentioned here is the Invesco Water Resources ETF PHO, +0.61%.

Moreover, Rosenbluth pointed out PHO “extremely diversified.” On the other hand, the Invesco holding water utilities, machinery companies, industrials and materials companies that make the equipment to improve water infrastructure, life sciences tools and much more.

Notably, PHO charges a bit higher than many ETFs, like 50 basis points.

Rosenbluth also added that “it is a multi-shaped ETF. Still, it can be a nice complement to an existing portfolio, particularly for an investor with a long-term horizon.”

Joe Biden mentioned work details in his infrastructure plan. He started with joy, “I’ll begin with the heart of the plan. It modernizes transportation infrastructure, our roads, our bridges, our airports.”

And later, it will be the beneficiary of advancements to facilities like roads, bridges, airports, and so on.

Furthermore, Rosenbluth suggests investors consider either the iShare Transportation IYT, -0.49% Average ETF or the SPDR S&P Transportation ETF XTN, -0.83%. It is necessary to mention that the first one is market-weighted, and the last one is equal-weighted.

There are a few more so; investors need to look at the portfolios before investing carefully.

If you are ready to invest in this field, you need to consider a few things. The Biden Administration wrote in the plan that “Broadband internet is the new electricity. It is necessary for Americans to do their jobs, to take part equally in school learning, health care, and to stay connected.”

Found that Rosenbluth also has something to suggest in this theme as well. He suggests investors invest in the Defiance Next Gen Connectivity ETF FIVG, +0.74%.

President Biden’s White House said on Wednesday that it plans to invest $100 billion to expand fast broadband to everyone in America under his $2.25 trillion infrastructure plan.

Joe Biden strongly pointed that “when I say affordable, I mean it. American’s pay too much for internet service. We’re going to drive down the price for families who have service now and make it easier for families who don’t have affordable service to be able to get it now.”

MarketWatch Reported in the Mid-March that “clean-energy ETFs have slumped in recent weeks, even though such spending figures prominently in the American Jobs Plan–and despite continued gains for the oil price CL.1, 0.64%.”

At the same time, Rosenbluth also thinks that these are solid long-term investments for ETFs investors.

Again, it is mandatory to notify that we are giving any financial advice here. So, we suggest you see the market movement and review the fund’s portfolio before investing money.