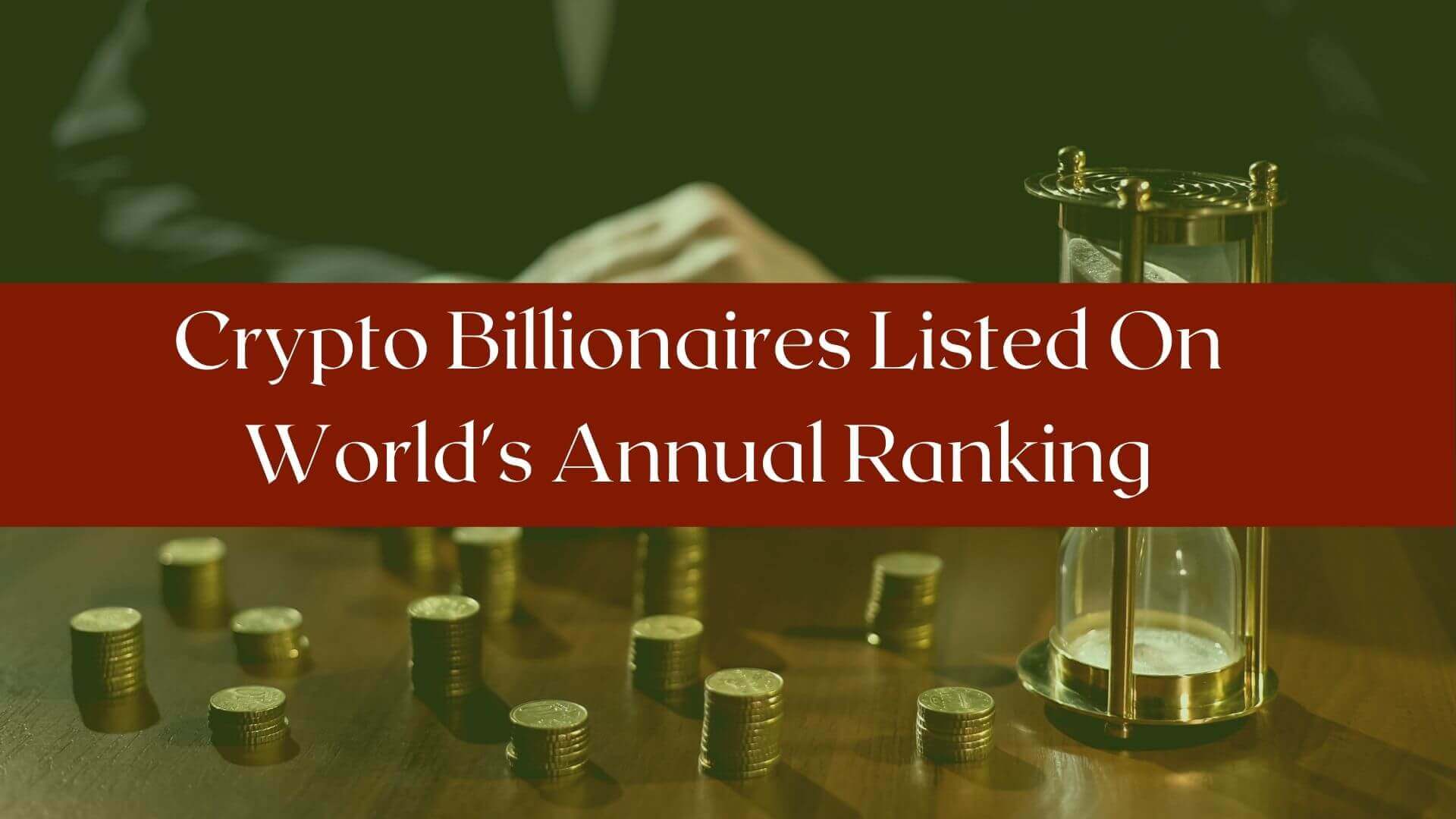 Do you know the actual number of crypto billionaires with their name? Well, it is pretty impossible to know everyone’s identity. But yes, many of them are prevalent enough in the internet world. And today’s blog is dedicated to those who are on the list of the world ranking.

A few days earlier, the famous American business magazine Forbes published the company’s 2021 documentation. The documentation was about the wealthiest billionaires in the world.

Moreover, according to the published list, the world found 12 billionaires that work directly within the cryptocurrency industry. Interestingly, the list of crypto billionaires is 3x more extensive than last year.

The most popular business magazine Forbes has been publishing billionaires’ list since March 1987. Their target was to bring the world’s wealthiest persons in front of the public. And the team succeeds. And since then, every year, Forbes publishes this magazine.

Moreover, the company has deployed around 50 journalists to find and track the globe’s wealthiest people. Our team found it a bit interesting.

Note that Bezos was the first person on the planet to be named a billionaire by Forbes.

The second person on the list is the famous dogecoin (DOGE) fan and Tesla CEO Elon Musk. Elon followed Jeff, with an estimated wealth of 151 billion.

We picked the following statement directly from their magazine. Click here to see the Forbes Billionaires List.

A staggering 86% are more prosperous than a year ago. Jeff Bezos is the world’s most decadent for the fourth year running, worth $177 billion, while Elon Musk rocketed into the number two spot with $151 billion, as Tesla and Amazon shares surged.

On the other hand, Forbes has already included 12 crypto billionaires directly involved with the crypto industry. Elon Musk is one of them. However, most will argue that he is more of a supporter than a participant in the blockchain industry.

Most importantly, you can’t ignore the name, the actual crypto inventor, Satoshi Nakamoto. Forbes also included him in the list of crypto billionaires.

One of the online news sites Bitcoin.com, reported that,

Using today’s exchange rates, Nakamoto could be worth more than $59 billion.

Also, Forbes notes that Sam Bankman-Fried, CEO of FTX Exchange, is the wealthiest crypto billionaire today, worth $8.7 billion. Brian Armstrong, the CEO of Coinbase, is the second richest person, worth approximately $6.5 billion.

The Winklevoss Twins, owners of the Gemini Exchange, are the following two people on the list, with a combined net worth of about $6 billion.

Though we are in the middle of this running year, still eagerly waiting for the upcoming list of Cryptocurrency Billionaires. Honestly, it will be great fun to see how things look in the year 2022. Significantly, most of them are counting on the number of crypto people.

Bitcoin.com hoped that the three essential factors, such as a larger crypto economy, a bitcoin exchange-traded fund (ETF), and companies like Coinbase going public, would produce a lot more crypto billionaires next year if they come to fruition.