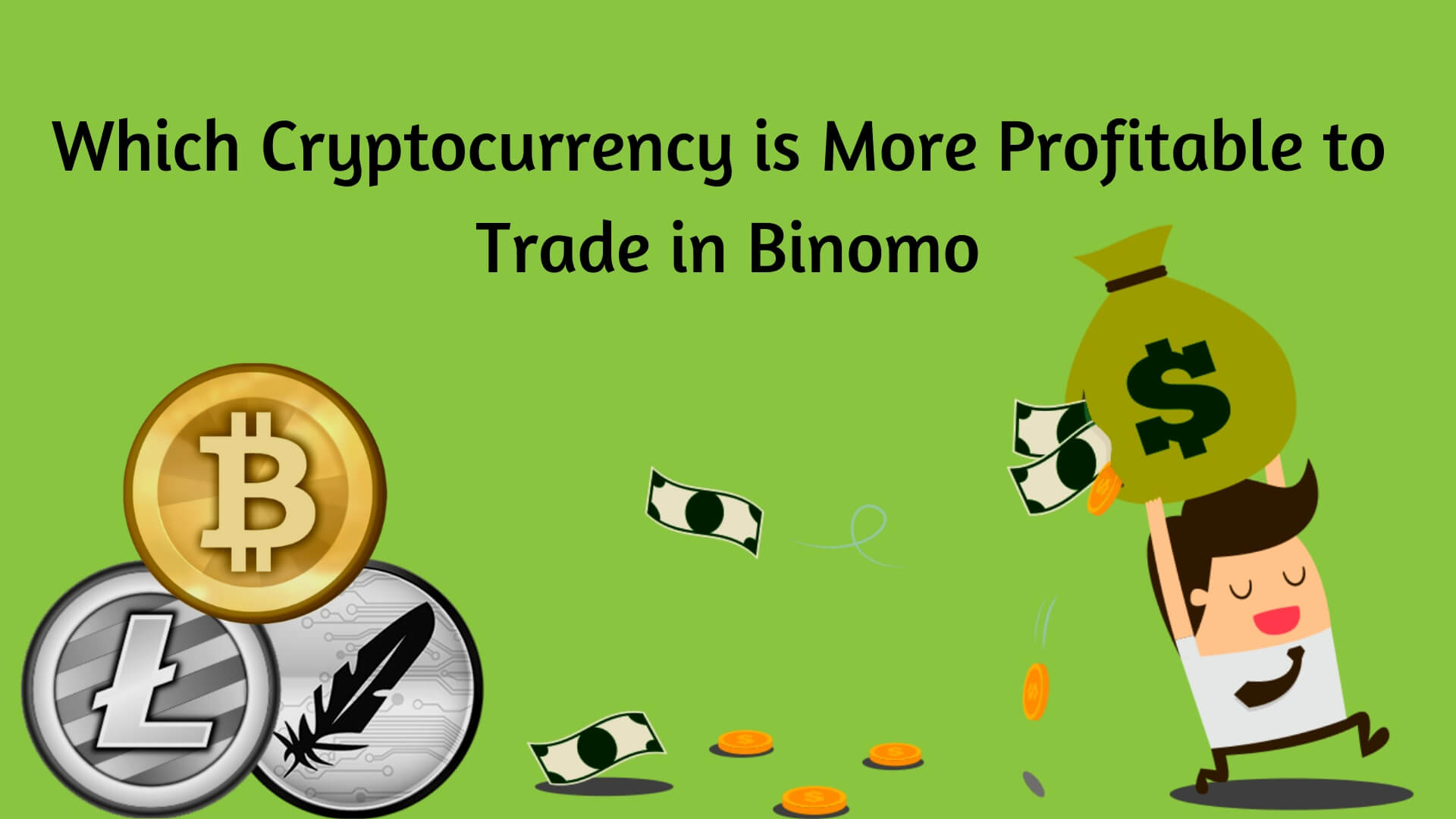 Bitcoin was the first cryptocurrency created in 2009. Over the 10 years of its existence, the crypto industry has undergone certain changes.

Currently, the people most interested in this topic are the developers of innovative software products, investors, and traders. From the point of view of stock market players, cryptocurrency is a profitable trading asset that offers several advantages. 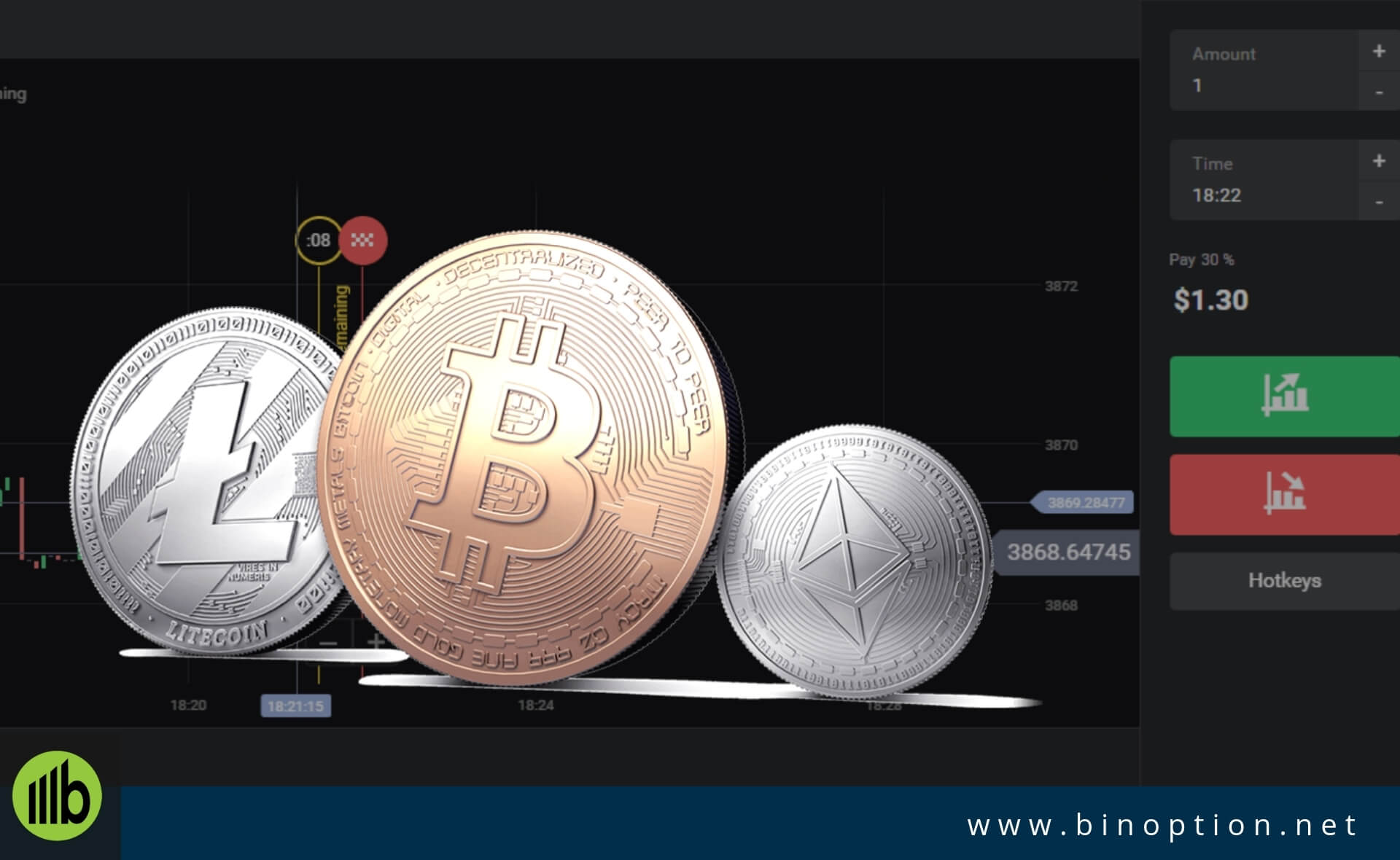 Currently, in addition to Bitcoin, Litecoin, and Ethereum, there are more than 1,000 similar projects, many of which are very popular.

The total capitalization of the crypto industry as of February 2019, exceeds $130 billion. And that is far from the limit: at the peak of its popularity in 2017, that figure exceeded 700 billion.

Therefore, in conditions of such great variation, a relevant question for many traders is which cryptocurrency is more profitable to trade.

The Most Popular Cryptocurrencies 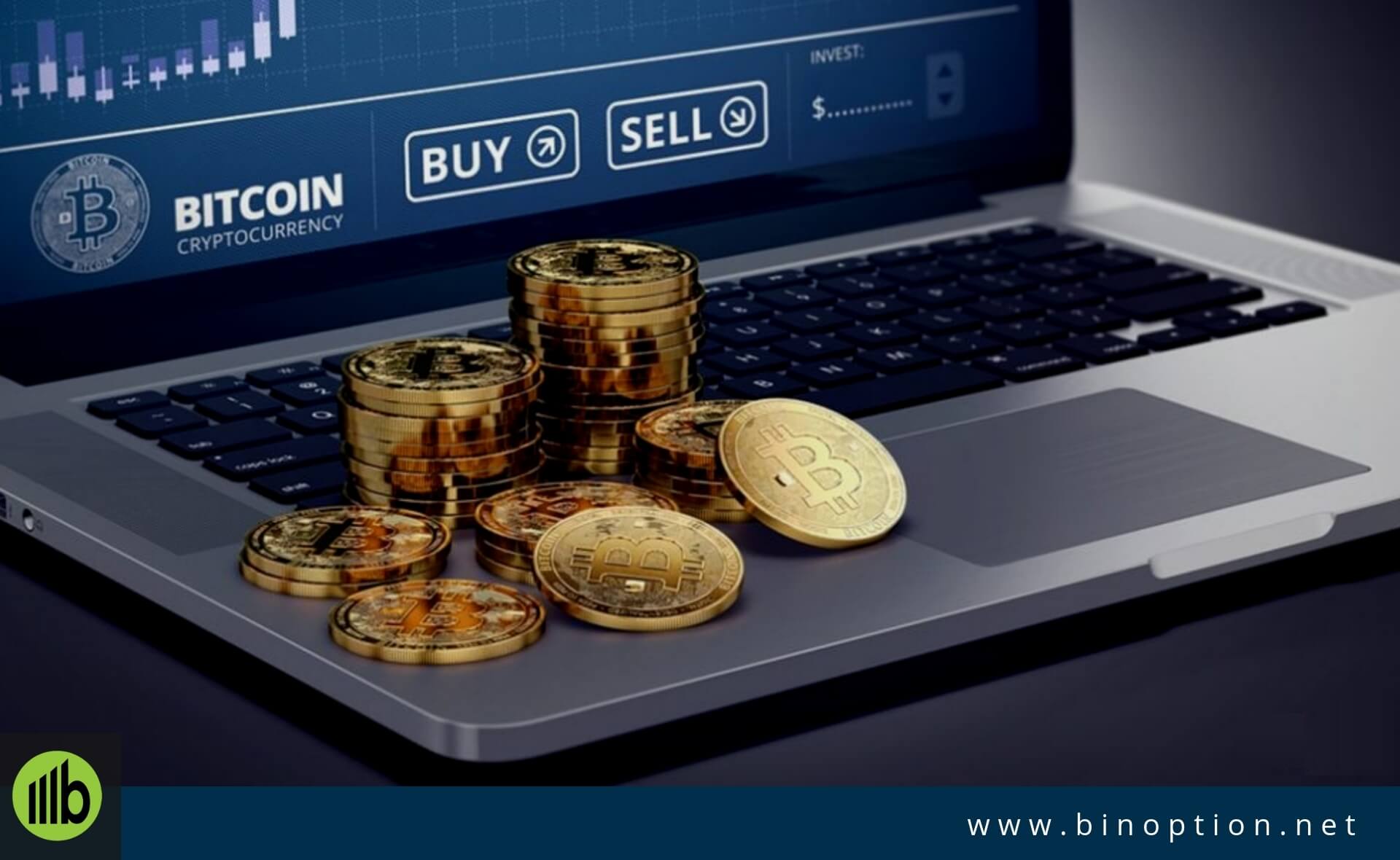 Bitcoin’s market capitalization share is 52%, as compared to other similar projects. As such, it is the undisputed favourite of the market. According to the CoinMarketCap portal, the following projects fall into the top ten most popular currencies in this industry:

Bitcoin is the number one cryptocurrency in the world, which for the past 10 years has been a strong leader.

Ethereum is a popular system based on a decentralized network created by Russian developer Vitalik Buterin.

XRP (Ripple) is a blockchain-based payment system that has attracted the attention of many large banks and financial institutions.

EOS is a decentralized system which is based on a modified structure which is not blockchain.

Litecoin is the first Bitcoin fork released after Namecoin. For a long time, it occupied the second place in the ranking, but later its position weakened.

Bitcoin Cash is a Bitcoin fork that broke away from the main network in August 2017. The main reason for the split was a sharp increase in transaction confirmation time. The problem appeared in 2017 and was caused by a sharp increase in the number of operations in the network.

Tether is the most successful project from the stable coin category. According to the assurances of its creators, each crypto coin is secured by dollars in the company’s bank accounts.

Stellar is a branch of the Ripple network. The main idea of the developers was to create a truly independent and decentralized cryptocurrency, which, in their opinion, XRP is not.

TRON is a global entertainment project in which the cryptocurrency acts as an integral part of an internal payment system for media content.

Finance Coin is a project from the exchange platform of the same name. It was created for internal use but later further developed as a separate cryptocurrency.

There are many more successful projects than these. Many very popular projects are not included in the TOP 10 and this list is constantly changing. However, the main favourites of the market have generally retained their positions.

Cryptocurrencies as seen by traders

Investors who put money into the purchase of crypto coins are interested in obtaining the maximum amount of information about a particular project.

This allows them to assess the prospects of that cryptocurrency and the likelihood of its further capitalization growth.

An investor can make profits solely on positive trends. However, the market is a cyclical structure and growth is always followed by a decline. That is one of the fundamental principles of pricing.

Traders take a different route. They can make a profit in any situation.

The key criterion is having a correct forecast regarding the direction of the rate. If capitalization is expected to fall, the trader opens a “Down” trade, making them a profit.

From this point of view, it doesn’t matter which particular cryptocurrency to trade as a different approach is applied.

Cryptocurrency Index and its Advantages 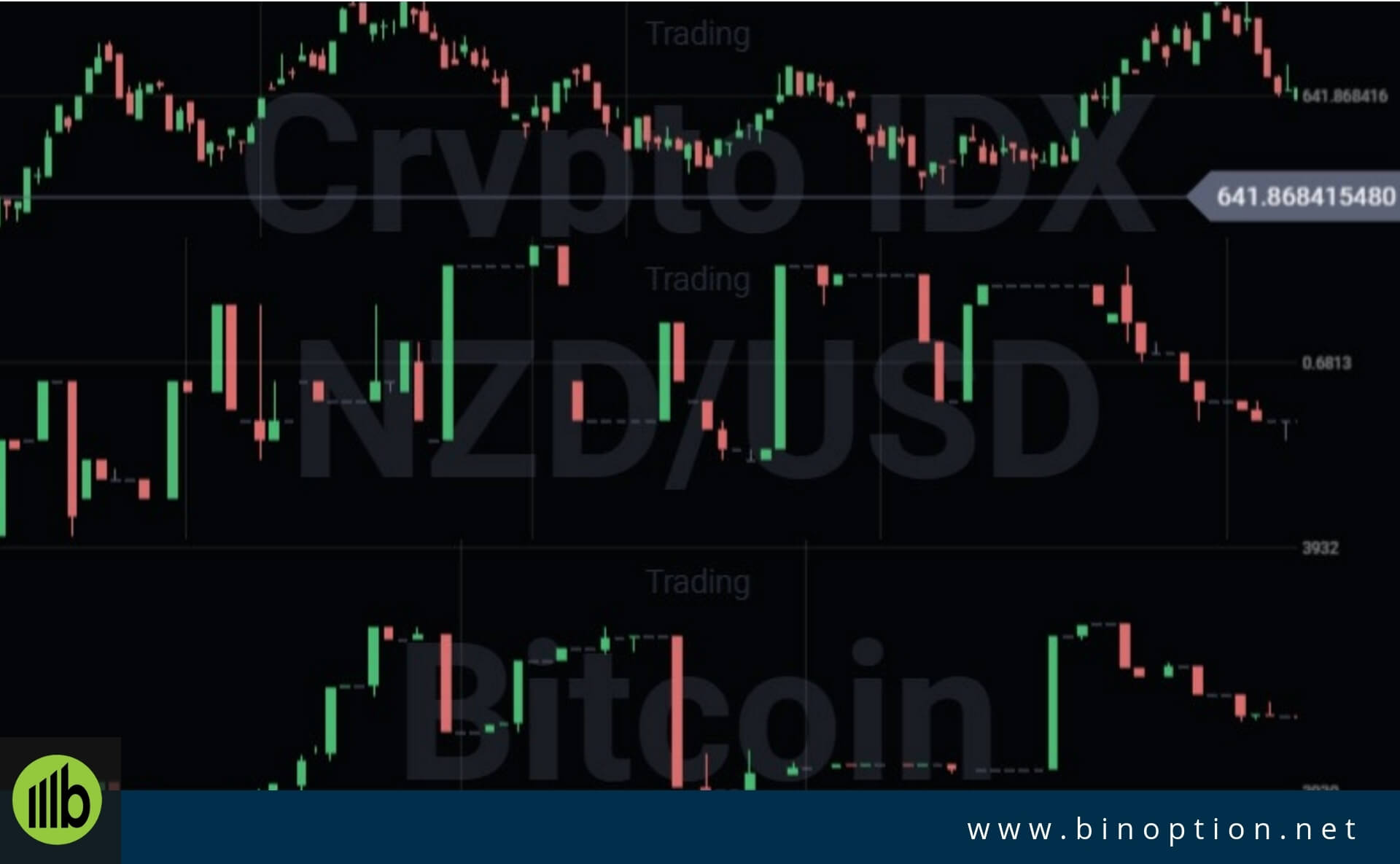 The key selection criteria for a cryptocurrency asset is its level of volatility and ease of forecasting using technical analysis techniques.

In this regard, the cryptocurrency index is ideal. The CRYPTO IDX asset was created for internal use on the Binomo Trading Platform. Here is a complete guide on earning easy profits with this trading platform

It is one of the few tools that is ideal for short-term trading.

The CRYPTO IDX rate is calculated using the formula to find the arithmetic mean of the quotes of 4 popular cryptocurrencies: Bitcoin, Ethereum, Litecoin, and ZCash.

This has made it possible to achieve a consistently high level of volatility, even at the minimum second intervals.

For visual comparison, the screenshot above shows the 2-second charts of the NZD/USD and Bitcoin and CRYPTO IDX pairs.

You can trade on the cryptocurrency index on Binomo. The platform enables you to use hundreds of different strategies for technical analysis. For example, the moving average is an effective indicator to form a winning strategy.

Short-term trading on Binomo using CRYPTO IDX will save you time without compromising the accuracy of your technical strategy signals. 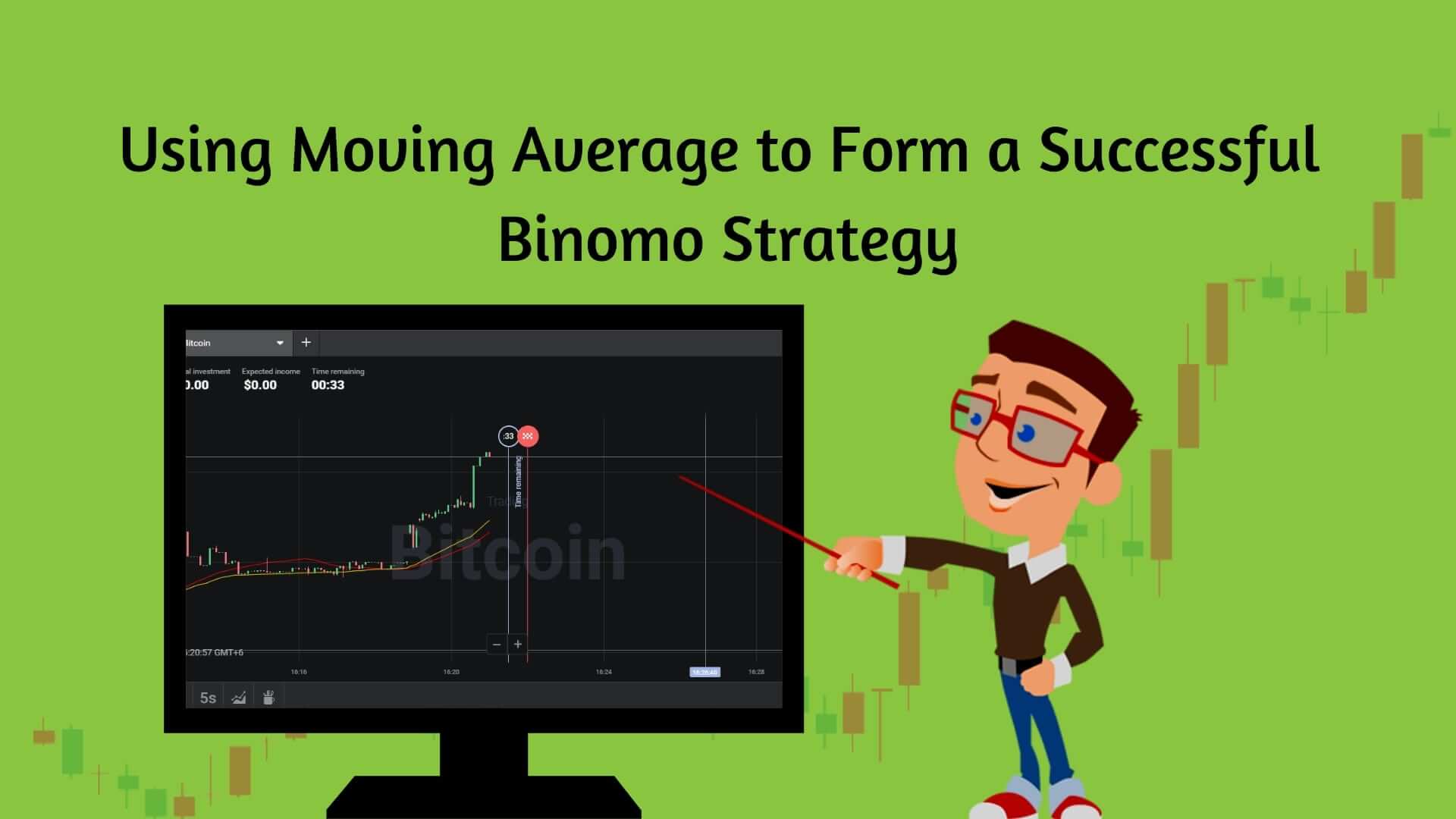