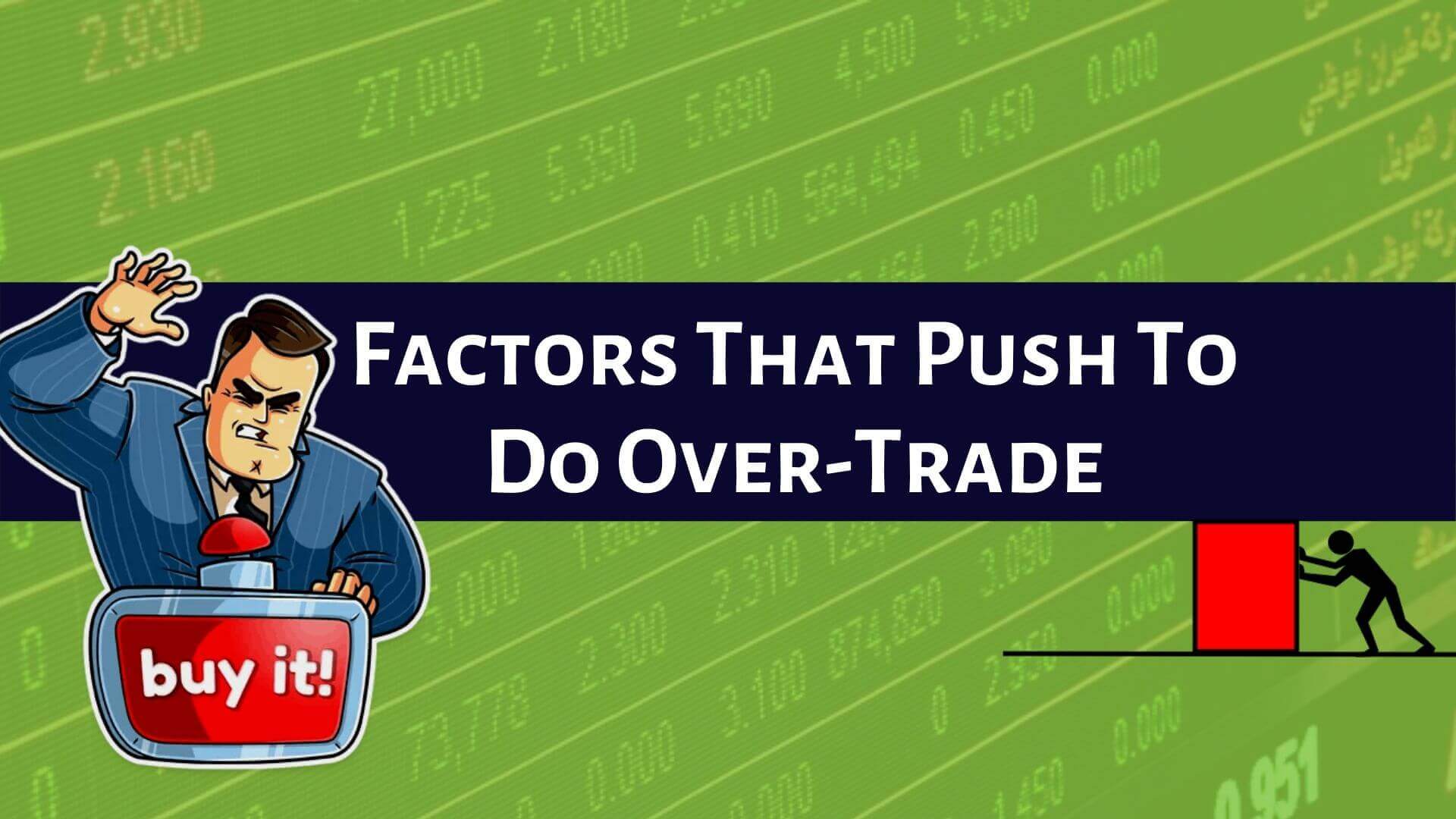 3 Most Crucial Overtrading Factors That Push Traders To Take Risk

Especially the 2 O’s control the trader’s entire mind and push consistently to do over-trade. Over-trading is a deadly choice by traders where they place trades more frequently, take unwanted risks, and place large trades.

Also, it is necessary to note that you can only conclude on overtrading depending on the trader’s categories.

Before starting the trading hour, there are a lot of factors involved that one should consider. A day trader won’t put the same number of trades that a swing trader does.

So, the significance of over trading is different from the behaviour of one trader to another. However, the dominant factors will remain the same, or one can add according to their experience.

We’ll be bringing up the two most important points throughout this article.

Over-Trading is one of the main causes of giving back profits. It may be the most terrible experience as a trader. It happens to all forms of traders, whether you have been trading for 1 week or more than years.

Moreover, the first step to resolving any problems is to consider why it happens.

Why Do You Over-Trade? (Overtrading Factors)

FOMO is the main reason behind over-trading according to the many expert traders and analysts. We trade just beyond our strategy when we are afraid to lose the chance of winning a greater profit.

Placing too many trades at once can only cause a huge monetary loss based on your belief. The best way to avoid loss is to watch the market however, young traders hardly believe that fact.

We want to take on such a trade because we think it could be a successful winner and we want to show it by putting the risk on the table. But in reality, it might end up your career in trading.

The lack of proper planning could cause too much trade to be placed in a single day. Besides, certain emotional factors, such as anxiety, anticipation, and greed, also influence traders to do over trade. Sometimes, traders seek to make up the trading loss which shows the attitude of fear of traders.

In some cases, traders try to open up position without analyzing the market. For that reason, as the market moves rapidly, a small movement can bring unwanted losses to traders.

The last thing that you can not ignore is greed. Traders, especially young ones, generally have impulsive behaviour. Rather than learning how to trade, they give more attention to making quick money.

How Devastating The Overtrading Is

Over-trading is a devastating behaviour that can quickly blow up once account. It’s acceptable for beginners who use an online practice account to learn various trading stages.

It is one kind of emotional behaviour by traders that includes taking advantage of various opportunities.

But if you are looking for quick success, the outcome could be the worst. Go through the simple tips and tricks as well as strategies to make a plan.

As there is no rules and regulations to control over-trading, so one should always build a trading strategy before each trades. Remember, your trading style is an important component.

So, follow the proper money-management rules applying both technical and fundamental analysis.  Diversify portfolio is another key component for traders to minimize trading risk by spreading the total investment.